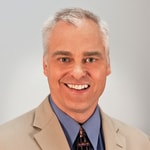 Dr. Thomas Wright is the medical director of Laser, Lipo and Vein Center. He is one of the first two hundred plus surgeons in the nation to become diplomats by the American Board of Venous and Lymphatic Medicine. Dr. Wright brings a multidisciplinary comprehensive approach to treating causes of edema from treating venous insufficiency with saphenous ablations to managing lymphedema and lipedema. His comprehensive approach is to first evaluate the venous and lymphatic system with a physical exam and Venous Doppler Ultrasound, which provides invaluable information on the presence of extremity edema and its cause.   He has authored and presented multiple scientific papers on new surgical techniques for the treatment of venous insufficiency and fat disorders and has received several awards and honors for his original research in the treatment of venous insufficiency.

·       Diplomat American Board of Venous and Lymphatic Medicine