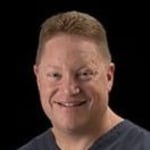 Dr. Allen began his Medical education at the New York College of Osteopathic Medical School which is known especially for it focus on Primary Care and Preventative Medicine. He flourished in his education, scoring a 99th percentile on all three parts of his Medical School Board Exams. He achieved Deans List Recognition in nearly all of his coursework. He was also one of the founding members of the Phi Alpha Sigma National Honor Society.

After landing his first choice in the  National Medical Residency Match Program, he soon entered North Shore University Hospital’s renowned and revered Primary Care Track Internal Medicine Residency Program. This is a very competitive program for selected Physicians that decide early on that their goal is Primary Care and Disease Prevention.   Candidates  must demonstrate their academic ability to absorb the vast amount of ever growing multi- specialty knowledge.  Dr. Allen quickly stood out amongst his peers  for his intellectual abilities and teaching skills. He was subsequently nominated for North Shore University Hospitals’ highest recognition of academic achievement  and was given the title   “Best Teaching Resident”.

After completing his Residency training in 2002, he sat for the American Board of Internal Medicine Exams. Again, he scored the highest possible score possible landing him in the top 10 percent of Internists in the Country.  Dr. Allen is currently an active member of the American Medical Association and the New York State Medical Society. He is now a Diplomate of the American Board Of Internal Medicine and is recognized for his participation in their Maintenance of Certification Program. He has never had a Malpractice Claim against him in his almost 20 years of training. He currently serves as an attending physician at both Huntington Hospital and St. Catherines Hospital in Smithtown.

Dr. Allen currently holds the title of Assistant Clinical Professor at both Hofstra North Shore-LIJ Medical school as well as the New York College of Osteopathic Medical School. He dedicates much of his time to Educating  Medical Students in Primary Care and Disease Prevention. These Medical Students can often be seen with Doctor Allen side by side meeting and interacting with his Patients.

Dr. Allen currently resides in Fort Salonga with his Wife and 2 children. He enjoys playing the Piano and practicing the Martial Arts.

OVERALL RATING
PHYSICIAN RATING
Explains conditions and treatments
Takes time to answer my questions
Provides follow-up as needed
Leave a review
How was your visit with Dr.Allen?
(Select a rating)
OFFICE LOCATION RATING
Showing ratings for:
1045 W Jericho Tpke, Smithtown, NY, 11787
Average office wait time
Office cleanliness
Courteous staff
Scheduling flexibility
Allen Medical Associates
1045 W Jericho Tpke
Smithtown, NY, 11787
"the best doctor ever , so impressed ! super smart and caring , so thorough . he is truly one of a kind "
"Dr. Marc Allen is awesome, kind, and very thorough. Office is very clean, neat and beautiful. The staff is friendly and efficient. Highly recommend!"
"Dr Marc Allen is truly one of a kind. He is so caring and down to earth. I look forward to each and every visit with him. He has such a great sense of humor as well. A real person!"

Please verify insurance information directly with your doctor’s office as it may change frequently.
View all