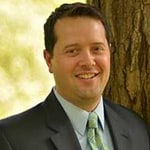 Dr. Joseph Radawi, MD, was inspired to pursue a career in medicine because of his late father Sabry Radawi. His story began watching his father care for patients, as a physician, in his private practice in Prague, Oklahoma. It was during these moments that Dr. Radawi began to find a love for medicine and a deep passion to care for people.
He was able to pursue this love for medicine when his dream came true to attend medical school at the American University of the Caribbean in St. Marten. During this time, his father was practicing Emergency Medicine and the combination of stress, shift work, and his unhealthy lifestyle choices started to take a toll on him. During his second year of medical school, he received news that his father passed away unexpectedly from a massive heart attack. This event was pivotal in shaping his life choices as he reflected on what could have been the cause of his fathers’ death at such a young age. During his last year of medical school, he moved back to Tennessee where he met his wife, Tambri and married her in May 2003. They moved to Arkansas where he completed his Residency in Family Medicine at University of Arkansas Medical Sciences and became board certified by the American Board of Family Medicine.
Dr. Radawi and his growing family relocated back to Tennessee where he spent a decade practicing Emergency Medicine and seeing chronic diseases devastate the lives of the people in his community. He began to realize that the current health care model was failing these individuals and families and he needed to do something different by getting down to the root cause rather than just putting band-aids on the symptoms. In 2012, his dream became a reality when he went into private practice, while continuing to work in the Emergency Department of a few local hospitals.
This passion, and the journey toward better health he and his family have been on, has led him down the path of Functional Medicine and Integrated Addiction Medicine. In 2015 he began advanced clinical training through the Institute for Functional Medicine, which he completed in 2017.
Through his functional medicine training and clinical experience, Dr. Radawi has been able to become an expert in his field of functional medicine and help so many people get their lives back. He believes that we all deserve a life of vitality — and that we all have the potential to achieve it. His vision and dedication to tackling the root causes of chronic disease and addiction through the lens of Functional Medicine has led to the expansion of his practice and the development of Tri-Cities Functional Medicine. He is excited to see his practice members restore optimal health and well-being as well as prevent future health challenges.
When ask if functional wellness is for you he would answer:
Functional Wellness is for you if...
1) You want to address the underlying cause of your health concerns
2) You want to utilize natural methods whenever possible
3) You want to be empowered and educated
4) You are tired of a "disease model" of healthcare and are looking for a more natural approach
5) You don't want to rely on medication or are tired of side effects
A little personal note about Dr. Radawi includes interests of spending time with family and friends, studying the Bible and being actively involved in his local church, playing golf, hiking, watching college football and basketball as well as his boys’ sporting events.
Specialties include Family Medicine

Dr. Radawi's Rating
4 Reviews
Patient Perspective
5.0 Explains conditions and treatments
5.0 Takes time to answer my questions
5.0 Provides follow-up as needed
Office Rating
Showing ratings for:
105 Woodlawn Dr, Johnson City, TN, 37604
n/a Average office wait time
5.0Office cleanliness
5.0 Courteous staff
5.0 Scheduling flexibility
Tri-Cities Functional Medicine
105 Woodlawn Dr
Johnson City, TN, 37604
"To be honest I was skeptical at first about any type of functional medicine, but my family was at the end of our rope when I ran across MeRT. I did my research before I made contact with anyone at Tri-Cities Functional Medicine. I still wasn’t completely sold, and the price was high not knowing whether insurance would cover anything or not. I decided to take a leap of faith for the family’s sake. ..."
Read more