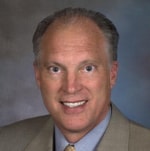 Dr. Ivan M. Turpin is certified by the American Board of Plastic Surgery and has been in private practice for over 25 years.

Dr. Turpin grew up in Utah, with an early interest in science which motivated him to seek a career in medicine. After graduating from the University of Utah with a degree in molecular and genetic biology, he continued at the University, earning his M.D. in 1971.

He completed his internship in straight surgery which was interrupted for two years when he served as Medical Officer for the Pacific Fleet in the waters off Vietnam and Hong Kong during the Vietnam War.

After returning from the service, he completed his residency at UCLA/Harbor General Hospital in 1978. Following an additional two-year residency in plastic surgery at University of California, Irvine, which he completed in 1980, he spent a year in an aesthetic plastic surgery fellowship with Dr. Bruce F. Connell in Santa Ana.

As part of Dr. Turpin’s career in medicine, he has had the pleasure of participating in the University of California, Irvine, Division of Plastic Surgery Residency Program as a Clinical Professor of Surgery and training young residents, primarily in the area of cosmetic surgery. He has served as Chief of Plastic Surgery at Children’s Hospital and St. Joseph Hospital of Orange, as well as Chairman of the Department of Surgery at St. Joseph Hospital.

Dr. Turpin's Rating
2 Reviews
Patient Perspective
5.0 Explains conditions and treatments
5.0 Takes time to answer my questions
5.0 Provides follow-up as needed
Office Rating
Showing ratings for:
1310 W Stewart Dr Ste 610, Orange, CA, 92868
n/a Average office wait time
5.0Office cleanliness
5.0 Courteous staff
5.0 Scheduling flexibility
Plastic Surgery Associates Of Orange County
1310 W Stewart Dr Ste 610
Orange, CA, 92868
2 REVIEWS
Showing 1-10 of 2 reviews
"I had a mastopexy surgery with small implants back in 1999 with Dr. Turpin. I’m happy to report that 23 years later, I am still happy with my surgery. I get my mammograms every year and all is well. My girls are still where they should be! Thank you Dr. Turpin!"
"very happy with Dr Turpin! - I feel that Dr Turpin is an expert and a professional. He did agreat job with my reconstruction surgery! I highly recommend Dr Turpin!"
"Amazing! - My overall experience with doctor Turpin was wonderful. He made me feel very comfortable and confident with my surgery. I am very satisfied with my breast."
"I had an amazing experience - He was very respectful and very helpful with the issues I was having. Along with that the surgery was great and he was amazing."
"always pleasant - informative and pleasant"
"Great work and empathetic listener & provider - Dr. Turpin made the experience of a breast reduction easy. There was minimal pain following surgery and a great recovery. It was quick to get approval from insurance and scheduling the procedure was also very simple. He was very helpful during pre-op appointments and in follow-ups as well."
"Absolutely LOVE Dr. Turpin and his whole team! Thank you so much!! - I was so fortunate to find Dr. Turpin and have him do my surgery. From the start I felt like I was in extremely good hands with a very experienced professional and I never had to worry about a thing. He always made time for me when I had questions. Thanks so much!"
"it's been a great experance - fixed my nose so i can now breath"
"Dr. Turpin is an amazing surgeon. I’ve gone to him for reconstruction needs and also cosmetic needs. When I’ve been in exams with other physicians they are astounded to hear that I had reconstructive surgery. He is THAT good. He’s friendly, professional and honest. If there is something he doesn’t feel should be done, he will tell you. He has integrity. I’ve had surgery by others and since going to ..."
Read more
"Dr. Turpine and his entire staff are amazing. - I am so happy with my surgery results and so fortunate to have Dr. Turpine as my plastic surgeon. Thank you Dr. Turpine for the beautiful results you have given me. I"